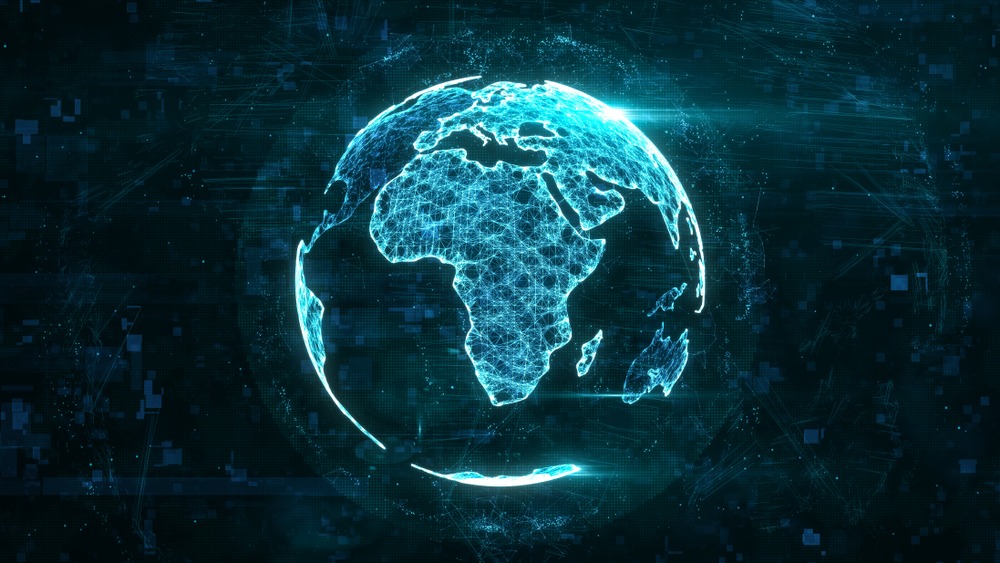 Africa’s economies cannot afford to miss out on the digital revolution. A conference of finance ministers in March discussed the ways the continent can equip its economies to cash in on the opportunities. Africa is grasping the technological revolution with both hands. Hundreds of millions of venture capital dollars are flowing into the region which remains the fastest growing mobile phone market in the world, and an emerging competitor in the global race for tech.

With innovation hubs sprouting up throughout the continent, solutions are being found to solve uniquely African problems and dissolve barriers to trade, financial services, and capital.

But governments need to do more to seize on the opportunities of the global digital economy, which is set to grow from $11.5 trillion in 2016 to over $23 trillion by 2025.

In response, the UN Economic Commission for Africa (ECA) set the focus of its 2019 conference of African ministers of finance, planning and economic development squarely on the subject.

Held in Marrakesh in March under the title “Fiscal Policy, Trade, and the Private Sector in the Digital Era: A Strategy for Africa”, the conference was chaired by Morocco’s secretary-general of the Ministry of Finance, Zouhair Chorfi, who introduced it saying, “Digitalization is a great opportunity for Africa.”

“It can transform Africa by increasing competitiveness, promoting strong integration, and reducing the cost of doing business.”

The digital economy already accounts for more than 5% of gross domestic product (GDP) in some African nations. This could be more than doubled to 12-20% if countries harness the economic potential of digital technology. The ability of countries to do this will determine how fast they grow in the coming decade and will help them raise up to $400bn to bridge their $600bn financing gap.

“Africa shows every sign of being ready for rapid economic transformation in the coming decade but countries need to digitize their economies and reform their tax systems to drive revenues and finance development,” said ECA executive-secretary Vera Songwe in her opening speech. “The importance of digitalization and the digital economy in driving growth and structural transformation, as well as optimizing fiscal performance in Africa,  cannot be overstated,” she said. “Such digital developments can have a transformative effect across the economy by reducing barriers to entry and expanding market reach for businesses, creating jobs, and boosting both domestic and foreign trade in goods and services.”

The continent’s burgeoning populations and embryonic levels of technology and underdeveloped infrastructure can be turned into an advantage if countries adopt new technologies straight away and use them to leapfrog into the 21st century.

The week of round tables and expert discussions sought to equip ministers and financial policymakers with the technocratic know-how to reform their economies and legal systems to promote innovation in the digital age. Delegations from 40 African countries shared their experiences on issues ranging from investing in the technical skills of future workforces to using technology to build more inclusive and efficient financial institutions.

One way countries can build more fiscally capable states is by broadening and digitizing their tax systems to ensure much-needed revenues don’t slip through the net. On average, African countries collect less than 16% of GDP in tax, in comparison with over 34% in OECD countries. The shortfalls are felt in infrastructure, health, and education.

A lack of investment in tax collection, sprawling informal economies and poor access to banking – more than 60% of Africans do not have a bank account – are just some of the factors contributing to this problem.

The ECA’s Economic Report on Africa 2019, launched on the sidelines of the conference emphasizes how digitizing tax administration and investing in data collection could help to broaden the tax base.

Around 500m Africans have no official ID, which contributes to their exclusion from banking systems. Implementing digital ID systems can help to overcome this problem. By improving tax assessments and administration, digital identification enhances the government’s capacity to mobilize additional resources. “Digital ID systems could yield gains in efficiency and convenience that could result in savings to taxpayers and government of up to $50 billion a year by 2020,” the report said.

Highlighting how digital identification can help identify and track taxpayers, Vera Songwe said: “Without IDs, people can’t participate in financial activities provided by banks. With digitalization, they can receive a digital identity for use in their banking – all they have to do is sown a smartphone, while biometrics will do the rest.”

Songwe pointed to countries in the East African Community that are growing at almost double the rate of those in the rest of the continent on the back of their investment in technology, infrastructure, and better fiscal policies that help startups to flourish. “Despite the fact that the continent as a whole is only growing at 3.2%, the East African horn is growing at 6.2%. They are one of the highest competitors of information technology that we can see. They are investing in fiscal policies, and they are collecting revenues better,” she said.

These policies have seen Nairobi’s tech hub grow into a $1bn Silicon Savannah that is home to 200 startups and tech giants such as Microsoft and Intel.

Entrepreneurs from across the continent’s startup spectrum took part in a side-session led by the African Fintech Network that gathered Fintech companies from across 20 countries to thrash out how governments can promote policies that advance innovation and lift the continent’s rising tech hubs.

Speaking at the session, Songwe said that companies such as M-Pesa and Nigeria’s Flutterwave were building blocks for Africa’s silicon-shaped future. In 2007, M-Pesa became the first company in Africa to offer electronic payment systems, transforming Kenya’s banking system by effectively giving anyone with a mobile phone the chance to have a bank account in their pocket.

Flutterwave recently partnered with Visa to create the continent’s very own equivalent of PayPal called GetBarter. In another first they allowed Visa cardholders on the continent to send and receive finds at home or internationally, helping to process $1bn in transactions in 2018.

“There is enough evidence that Africa can be digitally transformed. But what is holding us back?” Nigeria’s former ICT minister Omobola Johnson asked the Fintech session.

It’s not funding, as startup investment in Africa jumped to record levels in 2018, increasing almost four-fold to raise $725.6m across 458 deals, according to WeeTracjer’s 2018 venture investment report. Most of this funding came not from philanthropists, but from hard-nosed investors seeking strong returns in the continent’s budding technology sector.

She said that what was stopping African innovators from competing with the world’s tech giants was poor regulation and a lack of understanding on the part of banks: “The biggest challenge for Fintech companies today is regulation policy and the fact that many central banks do not innovate and do not understand what it takes to scale and build a technology company.”

Another stumbling block for Africa’s digital revolution is infrastructure and basic access to electricity, phones, and the internet.

Connectivity loos societies into emerging technologies from the banking sector to education, agriculture, and finance. It will also be a core driver of productive employment opportunities and future healthcare.

Only 43% of the continent has access to electricity, less than half the global access rate of 87%, according to the latest survey by the World Bank. The number of people without electricity is also expected to snowball with Africa’s population boom.

Another issue is the affordability of the internet. “The internationally agreed target is for 1GB of data to cost no more than 2% of the average national monthly income. In Africa, this currently stands at 8.76%, compared to 3.5% in Latin America or 1.54% in Asia,” Songwe noted.

Public and private sectors must cooperate

After a week of deliberations between country delegations and technocrats, finance ministers joined the conference to be presented with the recommendations that they could take home. These recommendations will also be used bt the UN, whose policymakers will use them to prioritize and allocate resources to fund development projects.

Public and private sectors must come together and cooperate with governments to help them realize their population’s human potential and adapt to sectors such as eCommerce, where retail trade is predicted to skyrocket to $300bn by 2025.

“What brings us here today is the promise and potential that the digital economy can bring to the table – to the extent that many are seeing the emergence of a fourth industrial revolution,” she said. Digitization is making it easier to access financial services, enter markets and expand reach, notably to communities living outside of the major cities and commercial centers.

But we also know that digital platforms and eCommerce are reshaping economies faster than policymakers can keep up. Our policy efforts must be designed to boost these opportunities. Today’s discussions can help move the needle on how we capitalize digitization for fiscal policy and revenue generation.

A critical aspect of all policy reform has to be capacity-building. The benefits of digitization will only be fully harnessed if countries take active steps to invest in infrastructure and, above all, human capabilities. Governments cannot do this alone. The private and public sectors must work together to operationalize this agenda.