Distribution ERP System: Does your business need one?

You turn the crank. The music plays. Suddenly, Jack pops out of the box. Once upon a time, things moved along in an orderly fashion to the expected conclusion. Business just isn’t that simple anymore and knowing when to replace your distribution ERP and upgrade your business systems is one of the complexities. Here are three sure-fire signs that your legacy distribution ERP is in need of an overhaul.

Look around your warehouse. Are your shelves full but you rarely have the right products on hand to deliver the entire order? Distribution orders run on having the inventory the customer wants next and nothing more. A new distribution ERP can help achieve that goal.

Fast and efficient order entry allows checking of product availability immediately. On the shelf now? Available now, or has another customer asked for it? Distribution ERP will reply in a second. Not on the shelf? No problem. Where did you buy it last time? How long did it take to arrive? Is there a comparable product you have already that will satisfy the customer? Modern purchasing and supply chain tools will have an answer.

A good distribution ERP should work in reverse too. Too much on the shelf? Can you return it? Who bought it last? Maybe they want a few more still. It might be best to simply clear the shelf and make room for something that will sell. A new distribution ERP can help make those decisions and many others through accurate “inside-out” reporting.

Your Distribution ERP Stands Alone with No Integration

Modern technology of all types can help and today’s distribution ERP can connect to and use data from all of them. The big boys have conveyors and they fill boxes as they move along the line. The conveyor weighs the filled box and connects directly with the carrier system to prepare the shipping documents and get tracking numbers before the box is taped closed. That s integration. At the same time as the box is closed and signed-off for dispatch, the customer is charged through your ERP payment processor integration.

One more SKU is due this afternoon to complete that big, important order. Your inbound trucker carrying that item has already made an appointment for your dock to unload. Your new distribution ERP identified all the products on that truck, calculated the best dock and prepared a cross-dock movement of that last SKU so it gets on the outbound carrier with no delay.

Your Business Does Not Utilize E-Commerce

Allow customers to place their own orders and pay for them right away. The web portal links directly to your new distribution ERP so you can schedule a delivery or purchase the items desired. Even complex orders are handled with ease. You can deliver specific lots to fill the order. You can track the shelf life of your product to ensure your inventory is good and to provide maximum shelf life to your customer. Distribution ERP will also control inventory using FEFO or FIFO rules as needed for your business.

Distribution ERPs do not have to cost you a fortune anymore, with Microsoft’s standard Dynamics 365 Business Central and extended modules you can customize the system to suit your business needs at an affordable cost. Let allonline 365 help you solve those burning questions and help you digitally transform your business. Contact us on  +27 (21) 205 3650 or  info@allonline365.com.

October 31, 2019 allonline365 Business, Distributors, ERP Comments Off on Distribution ERP System: Does your business need one?

Is your retail ERP ready to adapt to these technologies?

Three technologies your retail ERP must adapt to

Retail is changing. For consumers, it mostly is an improvement in terms of price and availability. As a retailer, the change can be frightening and it can bring new opportunities.

A consumer visits your store and asks for a product in blue. They already know it comes in blue but you have already chosen to stock only brown. Your potential customer could walk away and search for a blue product elsewhere. Or, you could already have your supplier’s website connected to your ERP, go online with your customer, and place an order for delivery at the customer’s home within the next few days.

There is no possible way to stock every option and size any product is available in. Online storefronts can have more in a warehouse. Use the tools in your retail ERP to get the sale your customer wants. Don’t compete with online – beat it.

Your customers use Facebook, Twitter, and other sites to research the products you sell. Your ERP can integrate with those sites. Make sure your floor clerks know already what the web has to say so they can talk in the same language with customers. They should also be prepared to overcome objections if a customer is considering a different brand.

The internet already knows someone has checked out a product on Consumer Reports. The internet knows that the person just walked into your store. You need to guide that customer to the product wanted. Your ERP also immediately adjusts your selling price to match the lowest price reported. Did you, your ERP, and social networks on line just combine to make a sale?

Your retail ERP collects increasing amounts of data on your customers. You know their name and address. You know how much they have purchased and when the first sale happened. Integrate your ERP with predictive software to help your customers make their next purchase. She has bought new shoes every 3 months in your store. The time for the next purchase is coming soon. What new (and profitable) shoe is available now? Send an email or text with a coupon to her suggesting nicely that you have already found her next pair and it is waiting on the shelf for her visit on Saturday.

New technologies come to light almost every day. Many can help your retail bottom line right away if you know about them and your ERP can use them to help. Maybe innovation in your ERP is the most valuable new technology ERP needs to adapt to. If your retail ERP adapts, you can too and your bottom line will only improve.

October 24, 2019 allonline365 Business, ERP Comments Off on Is your retail ERP ready to adapt to these technologies?

Cloud ERP: The future of enterprise technology is in the cloud 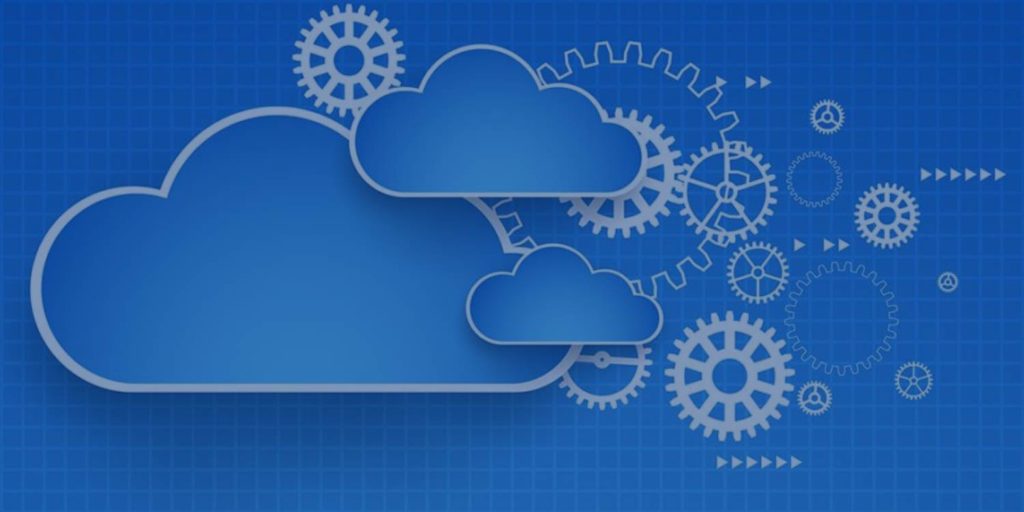 Why cloud ERP is the future of enterprise technology

In a January ’19 report relating to the future of cloud computing offered by Forrester Research, analyst Andrew Hewitt suggests that enterprise technologists should begin to plan for the development of apps and devices in terms of homogenous, rather than previously disparate, operating environments. ” While I certainly agree with the premise, it also begs to a follow-on question which is: ‘in order to accommodate this thinking, what mechanisms can be readily applied without breaking the bank?’,” says Richard Carlton.

Well, in short, there is really only one solution robust enough to handle these needs: ERP – more specifically – cloud ERP. Consequently, let’s take a look at this assertion from the emergence of cloud solutions, and consider what it all might mean further down the road.

The rise of cloud ERP

To go back to the beginning, it should be remembered that today’s ERP platforms are largely derived from the particular needs of manufacturers in the ’60s. At that time, automated factories were becoming more prevalent, largely driven by the auto and aerospace sectors. As a result, the need to accelerate supply-chain efficiencies in order to produce and deliver things more quickly called for new ways to handle and measure materials-based operations. This, in turn, triggered the genesis of today’s resources-based technologies in the form of early-stage Materials Requirement Planning doctrines; also known as MRP.

By the ’70s MRP platforms were largely accepted by large-scale enterprises but were not generally accessible to smaller manufacturers primarily due to cost and maintenance elements related to the needs of mainframe computing. However, in 1972 a German concern called SAP was founded on the basis of a singular goal of translating the advantages of big company MRP to smaller business concerns.

Shortly afterward, Steve Wozniak and Steve Jobs launched the first Apple 1 four years later, and this confluence of technical efforts ultimately gelled in the early ’80s with the advent of the mini/micro-computing along with the emergence of new business software platforms including evolved MRP variants plus refined off-shoot called Materials Resource Planning II (MRP II), a host of financial platforms; and interestingly, the first appearance of Ashton-Tate’s Relational Database Management System (RDBMS). And so the evolution continued until the Millenium turned.

Shortly afterward, the market began to call for more and more processing power, global operations became the norm rather than the exception, and these requirements began to be additionally pressured by the emergence of mobility on both the B2B and B2C sides of most enterprises, along with other innovations such as the emergence of SaaS, PaaS, and IaaS products. Consequently, legacy ERP evolved to become ERP II and these platforms became more operational transparent leading economies of scale to kick in, thereby fostering all kinds of new ERP-like systems appearing across all industries, and more importantly, the application of cloud-based systems.

What we can expect to see from the future of cloud ERP?

In terms of cloud ERP, a host of advantages are in the offering. Some of these elements involve resource platforms as they become more universal, while communications network resources management will undoubtedly evolve from where it is today, to something bigger, better, and smarter such as holistic communications involvement of AI and/or mesh networking.

However, each tier in this constellation suggests common operating goals driven by anytime processing, supported by anywhere delivery, protected by fully-integrated, zero-downtime security systems. While these operating philosophies are being largely mandated by the market itself, the guiding resolutions of these requirements have become increasingly dependent on the intrinsic mobility of the cloud as a critical lodestone.

As users have become more dependent on clusters of devices ranging from smartphones to smart glasses, more resource-related management capabilities have emerged because of the diffuse nature of today’s global communications needs. Consequently, the cloud is really the only place where everyone can transparently hope to interact in real-time while maintaining some sense of operating security; and the only way to herd all of those cats simultaneously is to apply ‘some kind’ oof resource-based management doctrine, backed up by granular sets of software platforms.

As a result, ERP is not going anywhere and is more likely to grow in criticality rather than the inverse. Of course, no one can really foresee the future, but nevertheless, it should be an interesting ride, to say the least.

October 16, 2019 allonline365 Business, ERP Comments Off on Cloud ERP: The future of enterprise technology is in the cloud