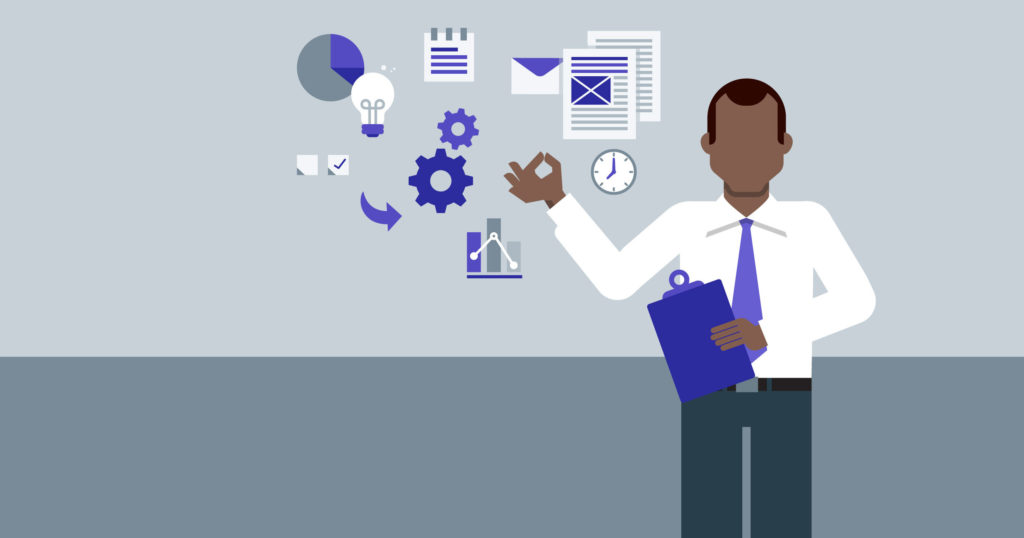 The VJS now enables creating links between job planning lines by means of a new context menu. According to customers needs and planning situation, you can select between two possible relations:

The link structure that you build this way will be taken into account when a job planning line in this chain is moved so that all job planning lines of the chain are moved according to their position, or remain where they are.

This feature, having also been implemented in the July release, is directly connected with the option of creating a link chain. It can be found as a new entry in the menu ribbon and in the context menu of the job planning lines. This ensures that the link structure is taken into account with no buffer time, i.e. linked operations are processed without temporal offset. This applies to the selected node and all its successors.

If the link order within a link structure gets violated, the according link(s) appear in red.

As it is widely known, the quantity of job planning lines is calculated independently of the resource’s capacity in standard Dynamics 365 Business Central. If you have a look at the resource “David Butler” in the screenshot below, he is allocated 16 hours, but only has the capacity of 8 hours.

If you want to bypass this way of visualizing the quantity, you can make use of the new feature that came with the August release. Since this is a company-wide setting, Netronic implemented a new dialog “VJS Company Settings” where “Calculate Job Planning Line Duration” has to be ticked.

After having confirmed and reloaded, David Bulter’s task was lengthened accordingly.

If you haven’t activated the “Calculate Job Planning Line Duration” option in the “VJS Company Settings”, the VJS takes into account the days with no capacity when job planning lines are moved.

When a calculation takes a bit longer than expected, a status window pops up informing you.

Operational Agility: What does it actually mean for your business? 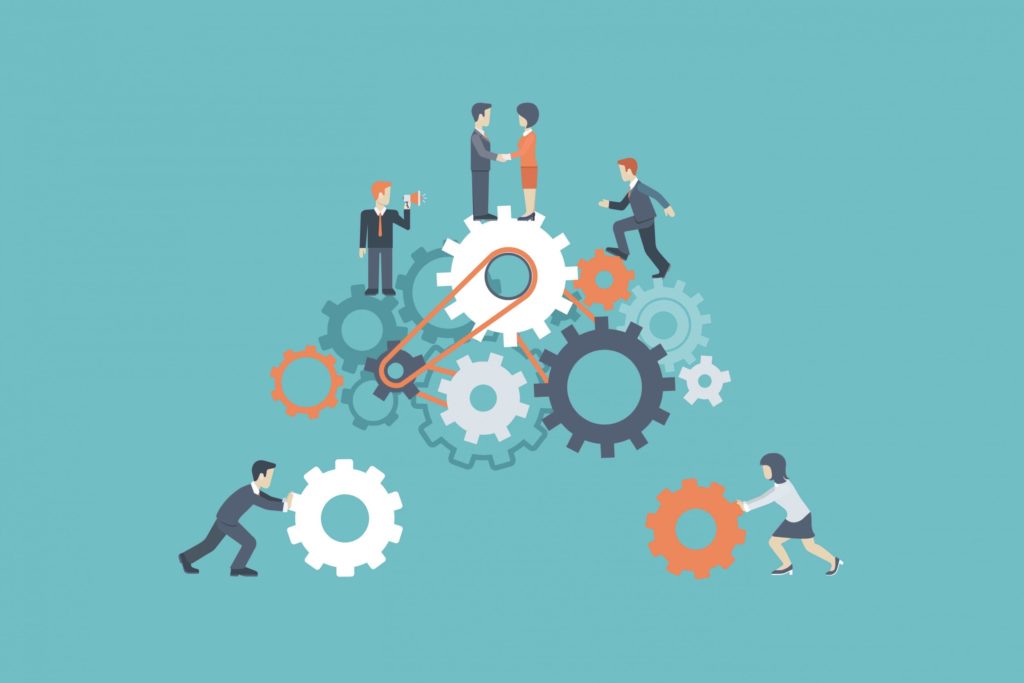 An outsider’s perspective on Operational Agility

Operational Agility sounds like one of those “buzzwords” such as Big Data, Freemium or Snackable Content, which keep reappearing on PowerPoint slides that typically baffle half of the audience. In the beginning, Lawin took the term Operational Agility as it is – quick and easy operations. By taking the simplest dictionary meaning of Operational Agility, it posed more questions than answers. What does it mean to be quick and easy? How does a firm achieve this? And if this exists, why aren’t all companies practicing it?

Lawin Ileto joined NETRONIC in February 2019. “Operational Agility wasn’t a word that I’d normally come across in my past jobs. On my first day at the company the word Operational Agility greeted me during the first presentation given to me”, he said. The slide read “Our mission is to empower every SMB organization to gain operational agility with visual scheduling”, this is the goal of NETRONIC. Typically you see B2B companies using the term profitability in their goals, but what did Operational Agility have to do with profitability? “As a new member of NETRONIC, it took me a while before Operational Agility’s textbook meaning stuck to me. I had to read The Goal by Eliyahu M. Goldratt and other literature to give me a better idea of the terminologies in manufacturing,” Lawin said. “So far, from what I have picked up, Operational Agility is the key for organizations to operate and grow in unpredictable environments,” he said. Three key characteristics emerge when talking about Operational Agility (Ismail, Poolton, & Sharifi, 2011; Dahnardeh & Ali Banihashemi, 2010); 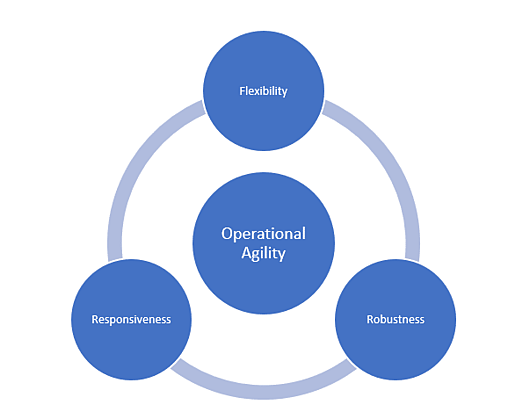 It is normal for businesses to experience a lot of unpredictable changes caused by both external and internal factors, which make the business vulnerable. For small and medium businesses, this is especially true, given their limited size and resources. In order to limit the effects of uncertainty for companies to be proactive by being strategically ready (Ismail, Poolton, & Sharifi, 2011).

The key is anticipating these unpredictable changes and being agile enough to limit their effects by tweaking internal things such as organizational structures, resources and information systems, etc.

“I tried to reflect on what I’ve been reading and looked at my current situation in NETRONIC with an outsider’s perspective at how operational agility was being practiced in this business,” Lawin said.

NETRONIC has been around for more than four decades. The company has been focusing on providing its customers with visual scheduling software, whether it is in the form of customized solutions or via established platforms such as Microsoft Dynamics NAV & Microsoft Dynamics 365 Business Central. “When we say visual scheduling, this comes in many forms; for NETRONIC this is in planning diagrams and Gantt Charts among other things,” Lawin said. The company’s products allow the visualization of resources and time-centric data into something easier to understand. The visualization gives a high-level perspective, instead of trying to read between the lines, you can make assumptions by seeing the big picture. “So my question was, what does visual scheduling have to do with operational agility? Are these two terms even related to each other?”, Lawin stated.

“Over the past months of working here at NETRONIC I have come to understand why and how visual scheduling enables operational agility”, Lawin said. As mentioned earlier operational agility is all about coping with unpredictability, by using visual scheduling software companies are able to strategically plan what is in front of them, make changes on the fly – allowing them to be more flexible and responsive when unpredictability strikes.

“If I zoom in on NETRONIC and see how they have faced uncertainty, they have done well. For an IT company to be in the business for 40+ years, given the rate of technological advancements, this is something that my colleagues, who have been part of the company for much longer than myself, can be very proud of,” Lawin said. “When we talk about robustness the company has proven to be just that, in such a fasted paced market the company has successfully been able to limit the uncertainty surrounding the industry and even establish themselves as a leader in this niche,” he said.

“This said robustness coincides with their ability to be responsive. As I’ve come to be acquainted with the internal processes and applications, I notice that these were put in place for the developers to complete tasks quickly and respond to the different continuously changing needs of the customer. By being quick, our turnaround time and SLA are shortened and we have the ability to service several customers simultaneously,” Lawin said.

The same applications and processes also provide ultimate transparency and perspective, which makes it easy to collaborate on projects. NETRONIC software developers typically work on various tasks and projects simultaneously, so planning and resource management are very tricky and important. By being flexible the company is able to stretch its resources but assure quality in their delivery and efficiency in their output.

“This is what I thought of Operational Agility and how I made sense of it,” Lawin said. If you are still looking for the right solution to help your company to achieve Operational Agility by becoming robust, responsive, and flexible then NETRONIC and allonline365 may have the right product for you. NETRONIC offers solutions that are fully integrated with different modules of Microsoft Dynamics NAV and Dynamics 365 Business Central that allow companies to easily make drag and drop changes to efficiently manage their orders and resources.

For companies using the manufacturing module, NETRONIC has two products available. For companies using the Jobs module, they have the Visual Jobs Scheduler and for the service module, they have the Visual Service Scheduler. Contact allonline365 on info@allonline365.com or +27 (21) 205 3650 to discuss which NETRONIC application suits your business needs best.

October 9, 2019 allonline365 Business, Netronic Comments Off on Operational Agility: What does it actually mean for your business? 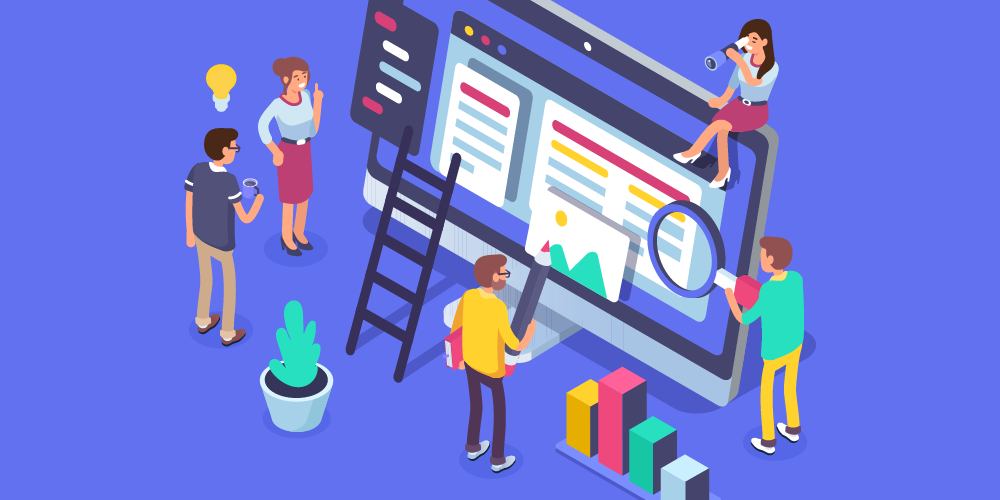 Long-awaited and much-longed-for: The Visual Job Scheduler (VJS) for easy project and resource planning with interactive Gantt charts is now available as Dynamics 365 Business Central extension on AppSource. The layout of our new extensions hasn’t changed that much in comparison to the add-ins for Dynamics NAV. Of course, the layout was adapted to Dynamics 365 Business Central but the VJS has certainly stayed indispensable for easily scheduling your projects and resources.

Below are 6 basic features of our Visual Job Scheduler extension.

Other than the VJS add-in for NAV, the VJS extension offers a very comfortable new feature. By switching on the so-called “creation mode“, the VJS shows a list of your resources (in the job view) or a list with all your jobs, job planning lines, and job tasks (in the Resource View) so that you can interactively assign a resource to a task or a job task to a resource by dragging it from the list to the chart.

#3 Interactive planning of tasks and resources

Depending on your current planning needs you can easily and quickly hide or show certain data. Collapse and expand jobs, resource groups, groups, etc. by clicking on the corresponding symbols thus hiding details or rendering them visible.

Along with the position of jobs, job tasks and job planning lines in terms of time and their allocation to single resources, the VJS also shows the respective resource utilization in realtime. Overloads trigger a visual warning so that you can react immediately. 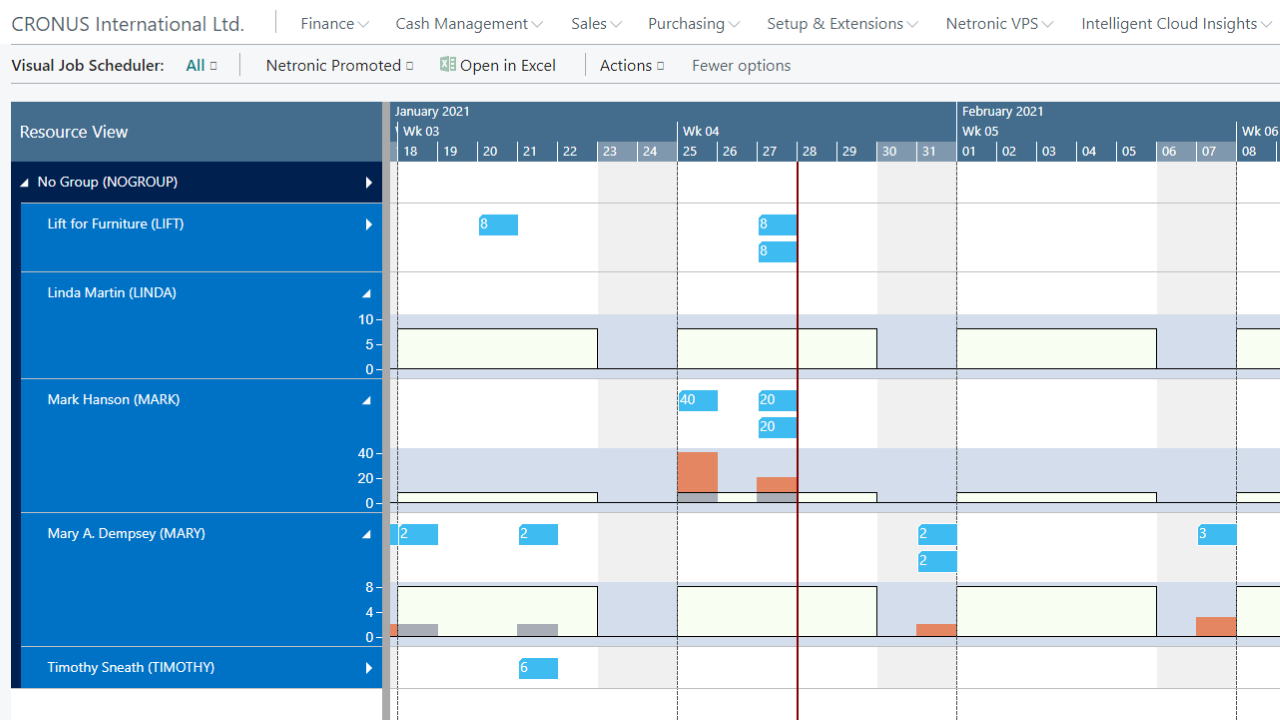 Use the VJS’ comfortable functions for easily navigating your plan: jump to the time now line with one click, zoom into a period by mouse-wheel, jump back to your starting position and much more.

Find out more about NETRONIC’s Visual Scheduling Suite and how it can assist your business. You can contact one of our consultants on  info@allonline365.com or  +27 (21) 205 3650.